Illinois Governor Patrick Quinn boasts a copy of a film about one of his Georgetown professors titled Unveiling of a Monument to Jan Karski during a reception announcing the formation of the Jan Karski Educational Foundation on Monday, November 12th at the law offices of Baker & McKenzie LLP. Born in 1914, Karski was a member of the Polish Underground, a World War II resistance movement in occupied Europe. His undercover dispatches offered allied nations significant insight into Nazi atrocities, later detailed in his book Story of a Secret State and earning him a posthumous President Medal of Freedom in 2012. A team of Baker & McKenzie lawyers in Chicago and Warsaw helped to create the non-profit Foundation. © 2012 Brian J. Morowczynski ViaPhotosMorowczynski ViaPhotos 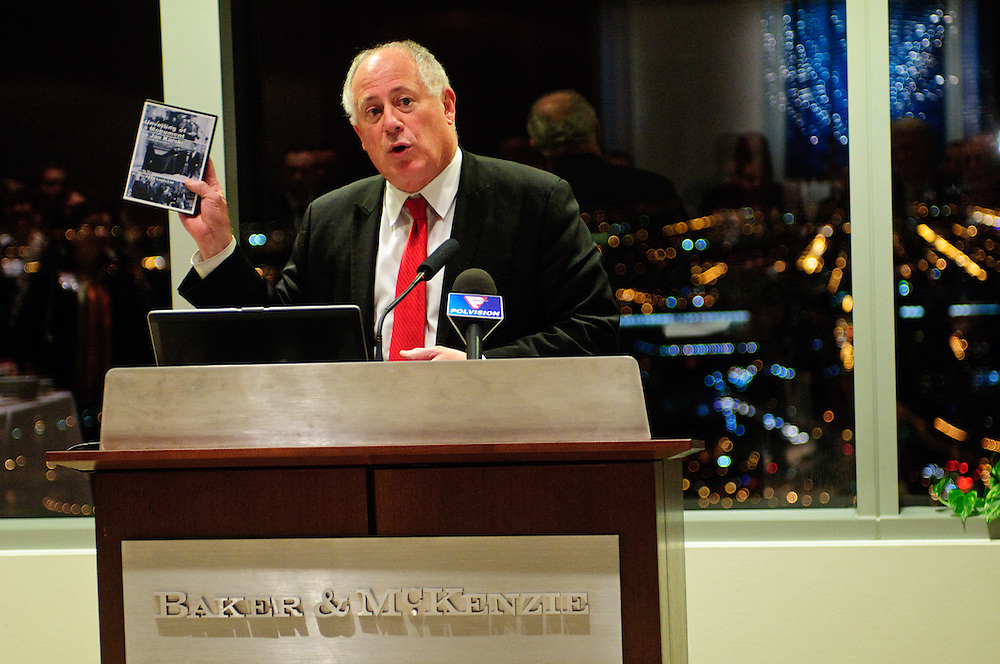